It's been a minute since my last post and a large part of that is because I've done a kickstarter, recorded 2 EPs, gone on tour, hired an intern, and been releasing music...so the blog has taken a bit of a back seat.  But it's been a lot of doing and a lot of learning and it's all great stuff that I will be able to share here.  Which brings me to a really important point.  I've said it here and I'll say it again, the music industry is undergoing rapid seismic shifts.  On the one hand, it means for the first time in history, musicians have a ton of opportunities and paths toward building their career in music...opportunities I'm trying to highlight in this blog.  And musicians are no longer reliant on gatekeepers like music labels to give them those opportunities.  On the other hand, now the musicians themselves have to do all of the work that the record labels used to do including but not limited to booking, tour advancing, graphic design, budgeting, press, and on and on, na na na na na...It can be really hard to know where to spend your time, energy, and money.

There are also a lot of people trying to take your money, offering all kinds of promises for what they can do for your career.  It can be tempting.  But don't do it!  Unless you can verify what they're saying is true, and they can guarantee they will help you achieve exactly what you want help achieving, just stay away.

Having said that, there are some amazing resources which really can help, and I would like to share a list of the books, blogs, podcasts and conferences that I have personally used and which I would highly recommend.  This is by no means meant to be a comprehensive list of all the great resources I've ever used, or that exist, but rather ones I've used in the last year or so, and which I believe rise above in terms of their usefulness or their impact on what I do.

You should know that you don't read a blog and suddenly become a "successful" musician.  That takes focus and work.  But I think these resources make up an excellent course in what's current (and constantly updated) and important to know and do as a musician from any genre in the modern music business.  So without further ado....

Some other books I've read over the years that left strong impressions but which I haven't read in a while include The E-Myth Revisited by Michael Gerber, The 4-Hour Work Week by Tim Ferris, Book Yourself Solid by Michael Port, Awaken the Giant Within : How to Take Immediate Control of Your Mental, Emotional, Physical and Financial Destiny! by Tony Robins, and The Big Leap: Conquer Your Hidden Fear and Take Life to the Next Level by Gay Hendricks.

Also, make sure you've got some good writing notebooks like these awesome ones from RayGun and a rhyming dictionary and Roget's Thesaurus.  Yes, you can use RhymeZone.com and Thesaurus.com but I prefer the tactile books, especially for when I'm laying on the beach and writing ;) 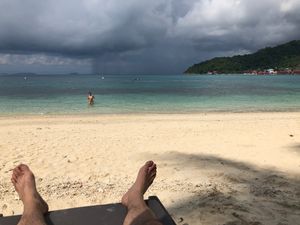 A great tip given to me by my friend Jacob Spike Kraus is to listen at 1.5X or 2X...this way you can get through more podcasts quicker.  I usually listen to these with my morning coffee and while I'm at the gym.  Also, I'm linking to each of the podcast websites, but all of these podcasts are available on iTunes, Stitcher, Spotify, Google Play, and many other places...simply search for the title.

Some other great music related podcasts I listen to include Switched on Pop,

I haven't personally been to these conferences but they may be worth investigating on your own:

I think that's a fairly good list to start with.  Hopefully you've surmised that I try to never stop learning.  Whether it's business strategies, songwriting, performance, instrument practice, staying curious I'm always on the lookout for new ideas that can expand my understanding of the world and my career.  You should do the same.

Now of course there are other resources that I'm surely missing, or which are on my list to read, listen, consume.  So tell me (and everyone else) what those resources are by leaving a comment below.  Thanks and keep rockin' out there!